What are the effects of foot swelling during pregnancy?

Recently, I answered a quick question relating to feet swelling during pregnancy and mentioned that it’s more common than you think, with 60 to 70 percent of women noticing that their feet swell to one shoe size bigger during pregnancy.  It’s quite a high percentage, I think you’d agree and is cause for concern, particularly for me as an Ante/Postnatal Fitness Expert who exercises women both during pregnancy and after birth. 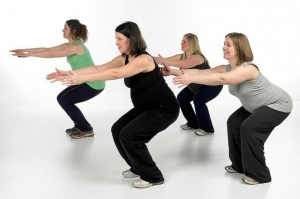 In this study, it showed that of the 49 pregnant women surveyed, two thirds of them showed signs that their feet became longer and wider after their first trimester, and remained so, five months after birth.

Today, I’m talking to you a little bit more about the effects that this permanent swelling has on the body of a postnatal women.  I feel it’s important you’re aware of this change during pregnancy, to: a) keep it in check when buying shoes now, and b) so you’re aware of the impact it may have on you and your body after birth.

Dr Neil Segal, associate professor of orthopaedics and rehabilitation at the University of Iowa, led the recent study I’m referring to and he explains that women, especially those who’ve had children are very much disproportionately affected musculoskeletal disorders. 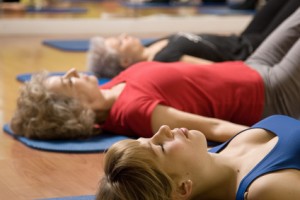 found that the everlasting change in foot shape could have dire consequences because the feet form the very platform we rely on each day.  A permanent change in foot size and shape can put new mums at higher risk of injury and misalignment, not just in the feet themselves, but further on up the chain of joints too.  This in my eyes certainly explains why postnatal women suffer with more knee, pelvic and back problems not just from constant lifting/carrying and caring for their newborn, but due to this biomechanical change in the feet too.

Arthritis later on in life is certainly more prevalent in women than men, and this could also explain why women are more at risk of pain or arthritis in their feet, knees, hips and spines.  There’s certainly a correlation there in my eyes, anyway.

Researchers measured women’s feet once in their first trimester and again five months after childbirth in the study.  The results revealed that of those patients’ feet studied, the arches became lower and less rigid during that period.  At the same time, foot length increased by between 2mm and 10mm, meaning in some cases the women would have been one shoe size larger.

So, there you go.  Just a bit of factual information for you today regarding your feet, which we really do need to start looking after.  Please do notify your Midwife if you notice any significant changes, or instant swelling in your hands and feet, because this can be something a little more serious, but at least you’re now aware of this nugget of information, and can prepare yourself for it, should it occur postnatally.

Do you suffer with swollen feet during pregnancy? Want to learn what exercise can boost circulation and decrease the effects of swelling? Come to Bump to Babe Pregnancy Fitness and Pregnancy Pilates

If you’ve had your baby recently but want to get back to exercise and really focus on yourself for one hour a week, click here.